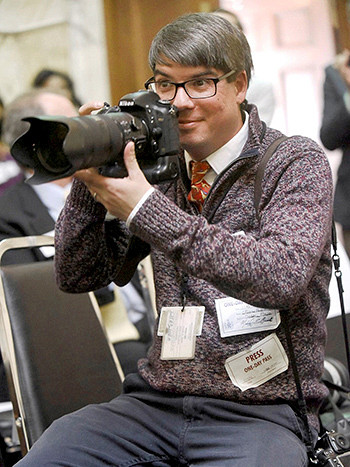 Steve Ruark, an award-winning, Baltimore-based photojournalist, shoots news, features, portraits and sports for the Associated Press, Baltimore Sun Media and other newspapers and magazines throughout the world. His work also appears frequently on prominent news websites.

In addition to his work for leading news publications, Ruark provides photography to various corporations and nonprofits.

Ruark returned to his hometown of Baltimore in 2002 to begin his freelance career after working as a staff photographer at The Jackson Sun, a daily newspaper in Jackson, Tenn. His work has earned numerous awards from prestigious organizations including the Associated Press and the Maryland-Delaware-D.C. Press Association.

Ruark, a graduate of the Gilman School in Baltimore, received his Bachelor of Science degree in photojournalism from the S.I. Newhouse School of Public Communications at Syracuse University in 2000.

While attending college, he worked as a photographer and photo editor at The Daily Orange, an independent student-run daily newspaper. From there, he moved on to paid internship positions at The Syracuse Newspapers and The Baltimore Sun.